It’s Never Too Late to Do Good Things – Midsummer Update 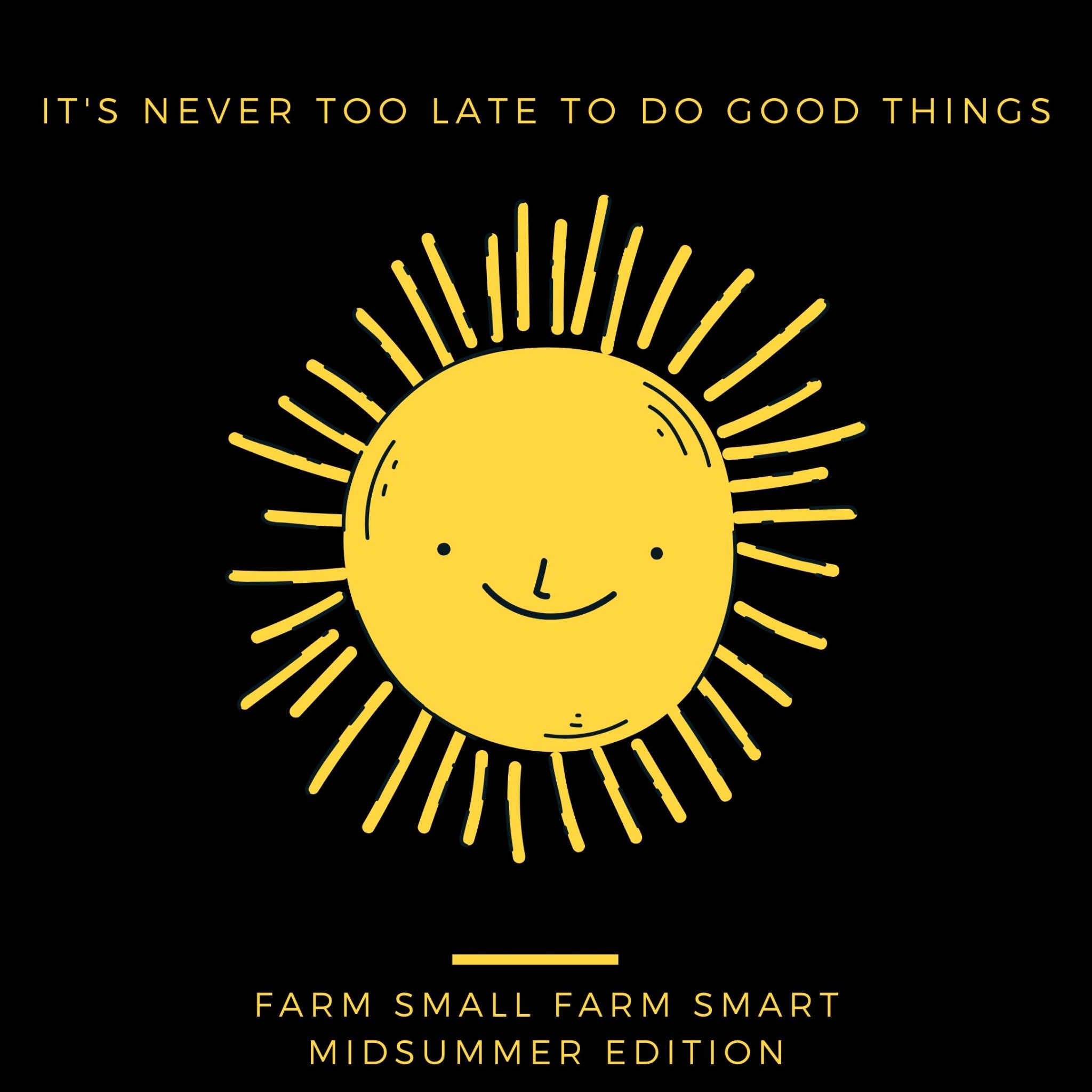 We’re nearing the halfway point of the new decade of the 2020s with six months of craziness that no one would have ever expected. From a worldwide CoVid-19 pandemic to the social uprising we’re seeing in the wake of George Floyd’s murder in Minneapolis.

It’s been a year of adaptation and change.

I initially planned on doing episodes through the beginning of May, shitting it down for the summer, then coming back in September. But with all the events happening, I decided to continue with the episodes in the hopes of helping people navigate through these times, and maybe take your mind off these things and get you thinking.

If there’s one thing we’ve seen a lot of this year, it’s that the businesses that are thriving are the ones that have adapted. Typically for me, summer was the time I planned for a time off, but I can have time off when I’m dead.

How is this year going so far? Are you doing everything you wanted to do? Are you following through on the goals you set out on?

It’s one thing to get derailed because of the whole CoVid situation, but it’s another thing to let yourself derail you—too lazy, too tired, not motivated enough, not putting in enough effort. Think about where you came from in January and where you want to go between now and December.

We have a lot of time to get things done and make a lot of change.

I was listening to an episode with Neil deGrasse-Tyson, and I think it was him quoting Stephen Hawking, saying we all have a choice. You can make your time on this planet productive. You can leave behind something society can benefit from, build off of, or step on to move higher. Or you can not use your time wisely and leave behind a liability that society has to clean up.

What are you doing with your life? Are you building something to make society better? Or are you leaving behind a mess that society has to clean up?

Maybe it’s a bit took broad—society’s a big thing to change. So let’s scale it down to people in your life, to your core family—kids, your partner, a church, an organization, or a cause. Are your actions helping them? Are you pulling them up so they can pull other people up as well?

Or are you leaving a mess, a liability for them to clean up?

There are a lot of things in your life that either help or take away from society and the people around us.

What are you doing with your time?

It’s one thing to say you’re bothered by the issues we’re currently facing—social justice, racial equality, among others. But as far as you want to go is posting a black square on Instagram, I would really question just how much you want change.

We had Father’s Day recently, and my kids got me a photobook of just me doing different things with them.

And it was hard to look at. For good reasons.

Seeing the pictures really, really got me emotional. I could see three daughters who love their dad, and a dad who loves his daughters. We could go Chris Rock and say, “you’re supposed to love your daughters! Do you want a cookie?”

Part of that legacy you’re leaving behind is something that’s built over 18 years with any kids that you might have.

What does that legacy look like in their eyes?

Are you doing as much as you can? Are you leaving it all out there, or are there some things you want to do over?

My biggest fear as a parent is missing out and having regrets of not having done enough, or not having spent enough time with them. Sacrificed doing things with them to do the things I want to do.

How’s your year going as a parent? I know it’s been busy, and it’s going to stay busy throughout the summer for a lot of people on farms. But don’t miss summer with your family, with your kids.

It’s easy to get lost in the day-by-day thinking it’s just another grain of sand trickling down from the hourglass. And then the next day is another grain of sand. What you need to do is zoom all the way out and speed the frames. You’ll realize there’s a lot of sand coming out and it’s coming out quickly. And you’ll see there’s not a lot of sand left.

Think about this and take some time to step back, enjoy life, enjoy the people around you. At the same time, move forward towards making a difference that someone else can build upon when you eventually move on.