Perspective – Seeing the Other Person’s Point of View (FSFS217) 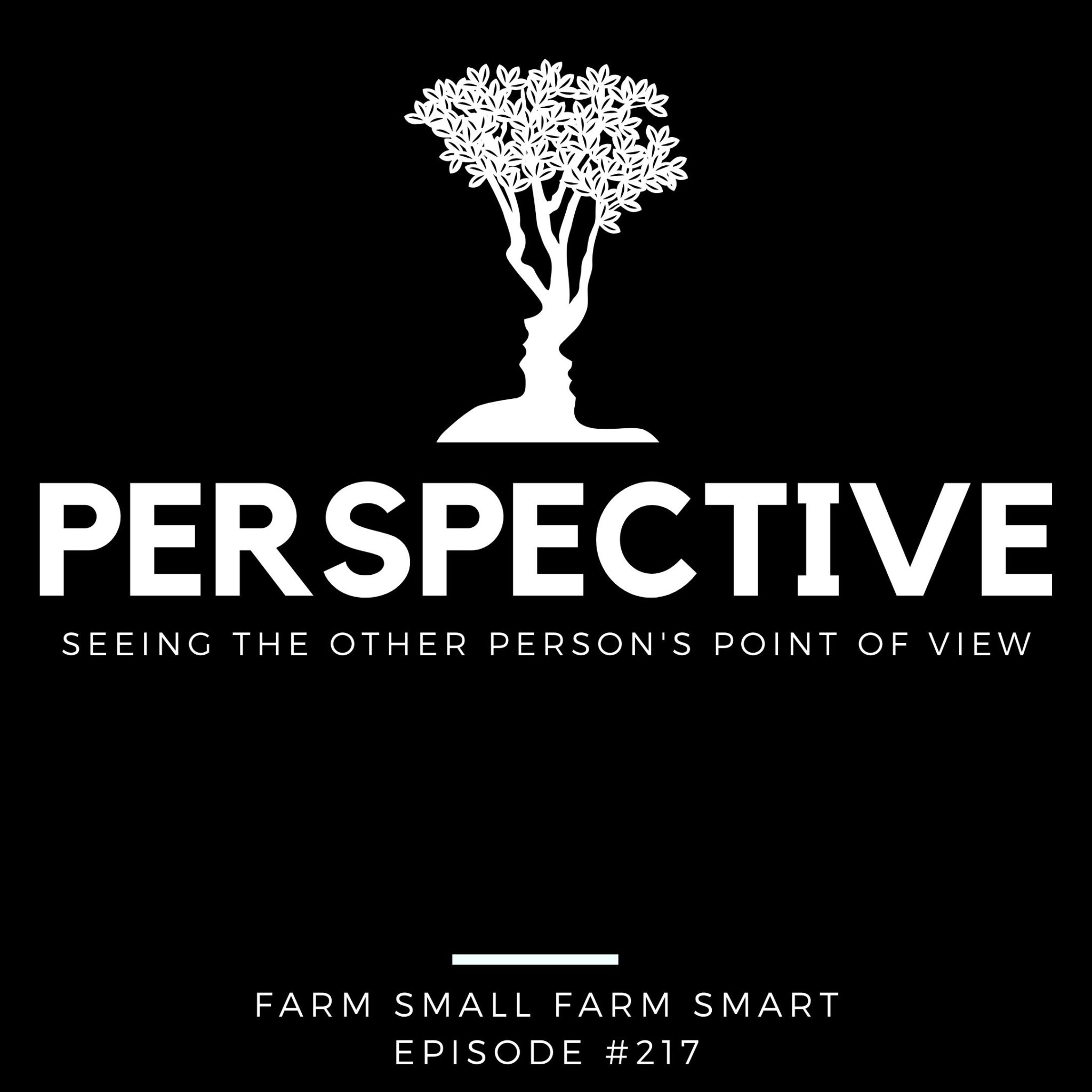 What are we, as white people, missing about the black experience?

Today, we are joined by farmer Justin Gay to share his thoughts about the murder of George Floyd, and what it’s like living as a Black man in America.

Listen. Listen when it’s not easy to listen.

“I like to begin asking myself, ‘what are the solutions to this?’ and ‘what do I want out of this?’”

The power lies in us listening, talking to one another, and figuring this out. We can give each other space to breathe and listen with relaxed belief about something going on in a world we might not know about.

“I think it’s hard for a person of color to begin to speak when they feel like what they say is lost on deaf ears after screaming for so long. Not to mention that it’s usually met with some resistance.”

Right there is a hundred percent you, but if you truly feel as though there is something for you to do, then you’ll be able to find what it is through you. You could also try to look at all the different solutions being thrown out there.

You know, listening builds up, it passes on until a lot of people are like, “hey this is what I can do.” You can make people aware of what’s happening, and it builds up from there.

Before people feel comfortable enough to do something, the best thing for them to do is to listen. And although listening goes a long way, I don’t think that should be the only thing to do.

Your actions should come from a genuine place. Like using hashtags because you actually want to stop the injustices that you see as opposed to just using it for the sake of using it, you’ll eventually tucker out of it. That’s something a person needs to be aware of before they get started—why are you doing what you’re doing?

A bit after what happened to George Floyd, I’ve been out on the market all day with people asking me about it, and I didn’t really want to talk about it at the time. But I knew that it was a job I had to do, so I was like, let’s just get out there and get it. I chose to see that people are meaning well, but that doesn’t necessarily mean I need to speak. I can simply say, “yeah, you know, I don’t really have answers right now, man.”

That within itself can anger you in a way because you’re at a point where you’re being singled out, and no one wants to be singled out.

I’ll tell you a story that hopefully answers the question of what it is exactly that you want to know about what I’m going through: I came home that night and the TV was on, and I was watching all these things unfold about George Floyd. I’m there with my daughter, and we’ve already had these conversations. Then I go upstairs to talk to my son, and I start breaking down as I stare into his eyes. I just kind of overflowed at that point. And it’s like a test, but unlike any other test, it’s a test that could possibly cost you a great, great, great kid’s life, you know? And then you’re teaching him, “this is how you breathe then you get into a chokehold. This is how you breathe, you relax, okay?”

When my kids are out, I make sure they call me, so I know that they didn’t get pulled over by the police. And I know there are a lot of other concerns as a parent, but this is one thing I have to add as a black parent.

Diego: It’s our responsibility as white people to take on what’s uncomfortable and have these conversations and be open to changing beliefs that are deeply rooted. (66:30)

People say that knowledge is power, but I don’t necessarily believe that. I believe that applying knowledge is what gives you power. There are so many things a person can look at—go look up redlining, go look up systemic racism and truly learn about it.

I’m hoping that every person is asking for equality, and I’m not talking about money. You know, the first thing we learn in school about Black History is Martin Luther King and civil rights, and that’s it—civil rights. I’m asking you to be civil, man. Let me walk down the street and don’t beat me up.

I often view change as a cruise liner—a cruise liner doesn’t turn around very fast. It doesn’t bank like a motor vehicle or a boat, it takes a long time, maybe over half an hour before it does. And realistically speaking, a lot of these problems we have didn’t happen overnight, but I do think that we can start honestly talking about these problems in a very real way, especially when it comes down to people dying.

“If I have the words to speak, I speak them. And I do my best to speak up.”

What do you think are ways that people can take action and be part of the solution beyond listening, understanding, and empathizing? (1:18:20)

We are the people, we have the power, we can stop this.

It’s a longshot, and I don’t know how many people are going to be police officers, but a lot of police officers should live in the neighborhoods they’re supposed to be protecting. It might help to go to the community where they serve. I feel like that connection would be great. It might be a little bit different for them, to want to do what’s happening now in terms of killing somebody because even if they didn’t know the person, they might be able to identify that someone as somebody in their neighborhood.

Having an actual board in each city that protects abuse of authority. I heard that the police officer who killed Floyd had 12 different incident reports—okay, so at what point should a police officer get fired? If we give those cases to a committee who has the authority to fire an officer, and after which, part of their pay would be going back to the community, I think people would really be thinking twice about becoming a police officer.

If you’re a police officer and you’re around other police officers all the time, then speak up. You might have seen them do something, and I get that you don’t want to rat on your friends, but isn’t it the same for you?

Is there anything you want people to take away from this episode? (1:27:00)

We have the power, we can do this, we can change whatever it is in front of us. There’s nothing too great to overcome.

Accountability is a big thing. If you’re feeling a certain way, if you feel the need to do something and it’s coming from a genuine place in your heart, then you should definitely do something.

If you feel something, see something, don’t just sit there—move on it. If you know that something you see is not right, move on it.

People are going to want to stop a lot of things because they don’t see eye-to-eye, and those people who don’t see eye to eye with you may not even understand or believe that they are trying to hinder something because they have their own truth which you don’t necessarily have to believe. If there’s something within their truth that you can gain, then take it and move on, but if not, then just move on.

Push your boundaries. It’s not so much about breaking out of them, it’s about expanding them.

“Don’t be afraid. Say what it is you have to say, even if your voice shakes.”

Got you interested in starting these conversations? Have a snack of healthy greens from Justin’s farm while you’re at it!