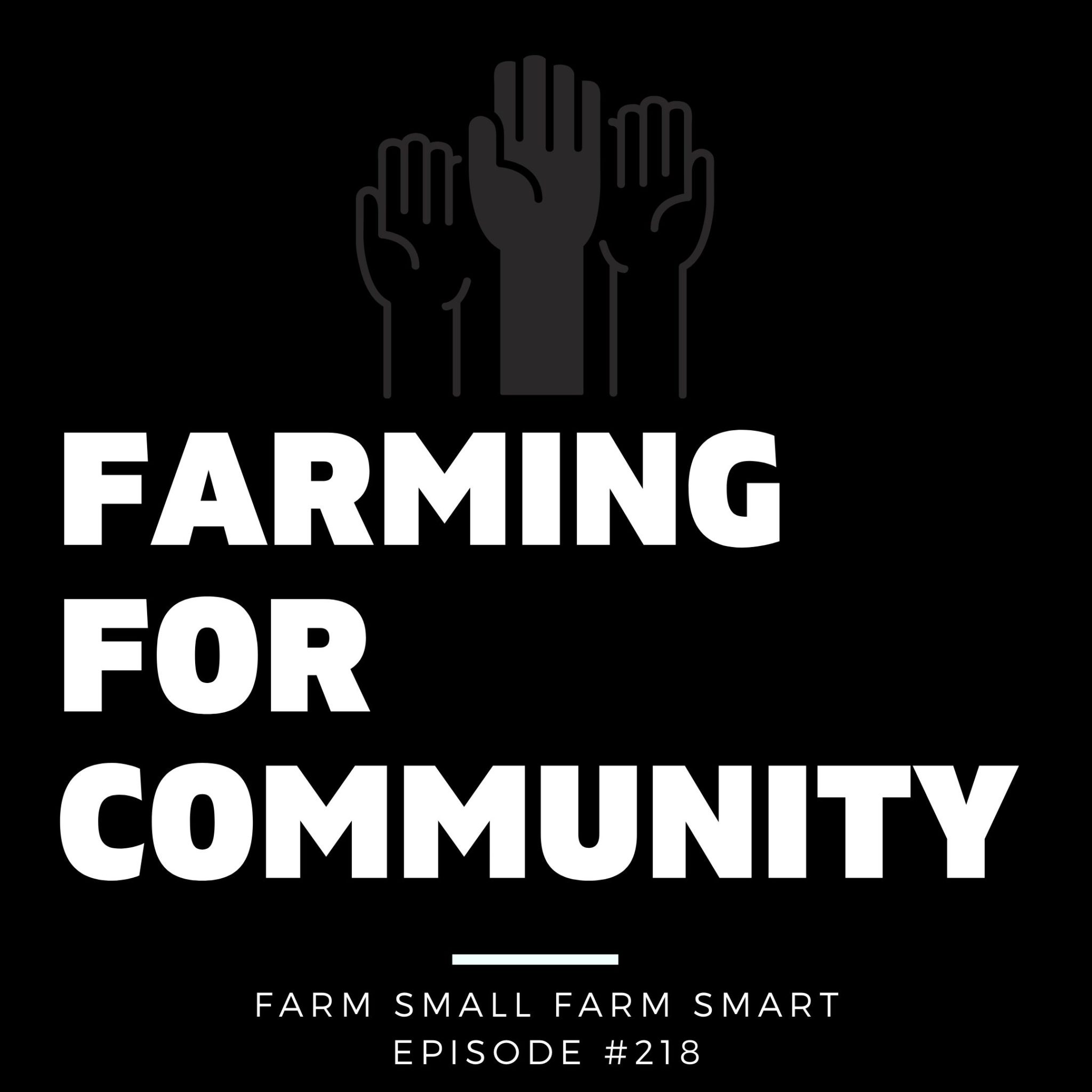 Beyond farming for business, today we’ll be talking about how farming impacts the community.

We have James Grevious from Rebels in the Garden joining us today to talk about where farming fits into the community at large.

Twenty-twenty has been interesting to say the least, but it’s also been a blessing to me. Entering this year, I started consciously putting in effort and time into my backyard garden.

As a black man with black kids, growing food for the community and building the community felt like solidifying my family’s legacy both as a means of income, as well as something of substance.

I don’t know, really, because this is all a matter of perspective. We’re entering a paradigm shift from the things we used to think was normal. I think that as parents, we have principles we value that we want to teach our kids. But at the same time, I think’s it’s important to allow your kids to discover themselves.

To each his own, really. As a parent, you have the right to raise your kids how you want to, and I guess society will develop based on our parenting.

I’ve always been a rebellious person in general. I went to Catholic school for elementary, and the teachers called me devious Grevious. I was always saying something, standing up for people, that sort of thing.

Somewhere along the way, I ran into Ron Finley, and I thought, “wow, this dude is really making noise! And he’s a black man!” He said something like growing food is the most rebellious act you can do, and I’m like, msn, that’s dope. It just stuck with me and my kids. We’re rebels in the garden rebelling against the things that aren’t right, things that aren’t true.

Did you start farming as a means of livelihood or as something for the community? (17:00)

It was in the eve of the Trayvon Martin thing, and I was taking in what was around me that needed help. So like Ron Finley, I have a garden, and there were some boys in my circle that needed male mentorship. So I gathered some of these neighborhood boys, and thought that maybe we could move dirt, grow some stuff, and feed our community. That was the main part of it when I first started it. After a few years, it evolved, and I learned that, oh wow I could turn this into a business?

I learned a lot from Farming While Black by Leah Penniman, it’s a great book. She goes back to the ancestral roots—why we do what we do, asking permission from the land, and I started incorporating those ideas into the way I farm later on.

Is there a stigma around agriculture within the black community? (22:15)

Yeah, absolutely. I can’t speak for everybody, but as far as my experience, this is why we don’t have that many black farmers as we used to.

In the community, what do you think it takes to get young people be interested in farming? (24:00)

Taste it! I tasted a tomato fresh out of the garden, and I was like, wow, this is what a tomato tastes like? Man, I’m eating food all wrong.

It’s different for everybody. But for me, it was tasting the food, and that was what changed the game.

As for other kids, I think there’s a lot more community work to get them involved. I think that as adults, we can create an environment for the kids to reminisce over when they’re older.

Do you see what you’re doing evolving into something else? (27:30)

Oh, yeah. I see it moving very, very fast. But I also see it moving out of the hands of black people toward a more solidified industry controlled by the white market.

You see urban farming getting huge and becoming a very lucrative industry. But when you look at it, homeownership, land use, that’s just going to go back into a system that’s white-dominant. There’s very few black homeownership, and that’s a fact.

Do you think we can ask cities to use unoccupied land as agricultural spaces? (29:20)

That can be a start, but that’s something that can also be taken away easily.

Say you have a thriving area that the city lets you have, but then the city can come in at any time and say, “we can’t let you have that anymore.” So I think a long-term solution would be land ownership. Encourage people to buy land, maybe look for farmers who want to work that land, and build a thriving network. That way, it can’t be taken away so easily—like, people can’t just come in and say, “alright, we want to put up a condo in that land.”

How do you make progress when the situation isn’t in your favor? (31:45)

I think it goes down to mindset. You’ll never have everything. Just start with what you already have. When you do things with intention and purpose, if you’re pure of heart with doing what you’re doing, I believe that people will see that, and the resources will come to you.

You’re one of the pioneers of farming in a community where it hasn’t caught on. Does it feel like a big responsibility? (33:30)

No, I don’t think so. Beverly Grant is the real pioneer. She has operated a lot of farms and did all the work, and for a while, that’s where I drew my inspiration from. I’m really just piggybacking on all those who came before me.

Where would you like to see your farm five years, maybe ten years down the road? (35:40)

For me imagery is very important.

To see people who look like you doing certain things and being successful at it is very important, and I appreciate everyone who has come forward with sharing their knowledge. That takes great courage, and I appreciate that.

Enjoyed the talk with James Grevious? You can check him out and his farm over on Instagram and Facebook. You can also hop on over to their website at TheGardenRebels.com!