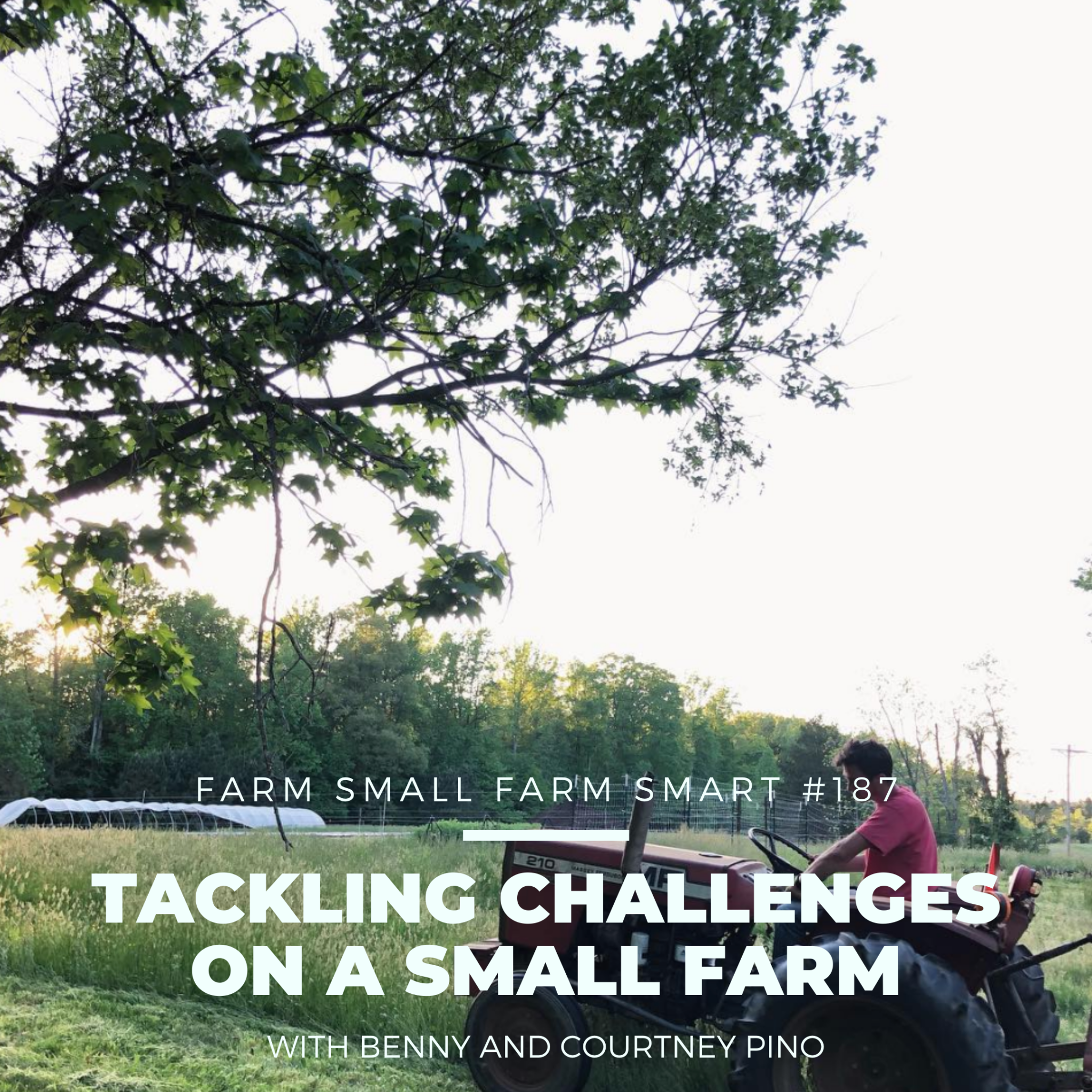 Farming is a physical and demanding job. So much so it can take all of your time and energy so that there’s little left for self-growth at the end of the day. You may just want to collapse on the couch or slip off into a hobby. Scott has decided this extreme work pace, so common in farming, isn’t for him. He’s worked hard over the last several years getting his habits in order and setting an intention for his life goals outside of farming. Have you considered your goals outside of farming lately?

Scott is on year 4 of farming, two part-time and two full-time. Throughout the beginning of our interview, he describes that just this past January he’s come to the point where things are finally becoming easy. He can get jobs done promptly and he knows what he’s doing so he can coast. He now guarantees to grocery stores that he can reliably produce not just lettuce but spinach and arugula as well.

With that confidence comes more time on his hands – does this mean it’s time to take on more? To expand sales outlets and push the farm to the next level? Scott’s answer is different than most – he decided from the beginning of his farming career to set his intention for self-care and not allow the farm to get away from him. He cautions to be aware of exponential growth; when you think you can add another bed of a crop and it’ll increase a linear amount of work, but in reality, the amount of work it adds can be exponential.

Scott works 40 hours a week now, and while the farm is profitable for the first time, it doesn’t earn enough yet to make what he needs into the future. Does this mean he’s going to work more to reach those goals? The answer is yes, but with a strict rule that most people don’t set for themselves: a schedule. If he is planning on increasing the hours they need to increase profit commensurately. If that condition is met then he’ll add time to his week, but only by setting a new start and end times to his day.

How does he accomplish this? He has daily and weekly check-in sheets. He has a check-in time, and a check out time in addition to asking these questions;

The days are flexible, with one day of the week off, as long as 40 hours are reached.

Scott built up his workout regimen over 6-8 months. Starting with an app called Spar (where you check in your activities) he started doing 50 push-ups a day for a month. After accomplishing this he went on to lifting just two days a week. Eventually, he heard about a new Muay Thai gym that opened so he goes M-W-F and works out T-Th and has kept doing the push-ups. Sundays off.

This has helped Scott on the farm so he can feel good at the end of the workday, not worn out. His goal is to be physically powerful so he keeps hard work up. His joints are no longer painful at the end of the day.

You have something you go to when the situations in your life aren’t where you want them to be. What is that thing? It’s a place where you go to get away from it all. It’s not a relationship, it’s a space you have for yourself. Is that space healthy or does it hinder you?

Scott took a year off drinking and realized he didn’t have any more “moral hangovers” after quitting. He didn’t want to wake up the next day after drinking regretting what he’d done. The following year, after realizing sugar would make him sluggish, he quit that as well and noticed it was easier to wake up in the morning and had more balanced energy throughout the day.

You can ask yourself – if you were to get more balance in your life, how much more value could you create? A healthy you has more energy and ability to earn money since you are more capable of working in your business from day to day.

Instead of making seeking balance about goals Scott makes it about showing up. He would like to get results from working out such as getting bigger muscles, but that’s not what gets him to perform. It’s about the commitment to himself. It doesn’t matter if he has a bad day at the gym or even five in a row, it’s about showing up in the first place.

Keeping the right company, going to the gym where everyone is pushing each other, has a major benefit in keeping yourself focused. Also, going where others, or the activity, take you out of your work rejuvenates you. Forcing yourself to do something, an activity that makes you pay attention and gives you a chance to turning off the entrepreneur cycle.

Consider these habits as self-perpetuating, all feeding into the other. The better the company you keep, the schedule you make, the health habits you form, the more each aspect of your life can be enhanced. It’s a positive feedback cycle that at the end of the day will not only reflect on your business but each moment that makes up you.